Meet our optometric team in Juneau, Alaska. We offer a full range of eye health services to clients of all ages - all with personalized attention and a smile. In our eye care office, every patient is treated warmly. Individualized attention is the foundation of our care, to ensure that your eyes remain healthy. We're dedicated to optimizing your vision!

Meet Our Team in Juneau, Alaska

We welcome new patients! Our expert knowledge, advanced skills, and timeliness permit us to serve you efficiently. 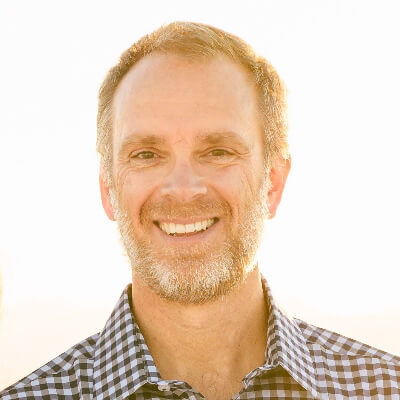 Michael J. Vernon, OD, FAAO, attended high school in Springfield, Virginia. Upon graduating high school in 1988, Dr. Vernon went to Brigham Young University in Provo, Utah. Between matriculating and graduating from BYU, he lived in Uruguay for two years, learning to speak fluent Spanish. After graduating from BYU in 1996, Dr. Vernon enrolled at Southern California College of Optometry in Fullerton, California. He was a member of the honor society all four years. After earning his degree at SCCO in 2001, he entered a residency in hospital-based optometry (ocular disease) at the Veterans Administration Medical Center in Albuquerque, New Mexico, which he completed in 2002.

Dr. Vernon grew up the eldest of four children of an Air Force officer (father) and college-educated homemaker (mother), moving often, and seeing the world. He has lived in all five continental U.S. time zones, in West Germany, in Uruguay, in Bali, Indonesia, and has visited forty-three countries on five continents. He has been married since 2004 and has three children.

Dr. Vernon is a residency-trained optometric physician, a Fellow of the American Academy of Optometry, Diplomate of the American Board of Optometry, and a member of the American Optometric Association. He has a passion for primary eye care and making sure his patients’ eyes are healthy and that they see clearly. He is kind, patient, knowledgeable, and . . . getting wiser (and older) every day. 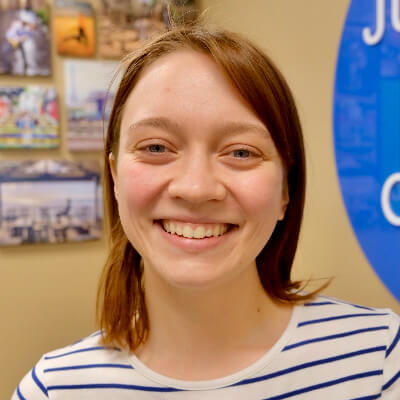 Gabrielle Hubbs attended high school in Leesburg, Georgia, although she is hardly from there. Her father was in the Marine Corps and she and her family moved more than dozen times during her childhood. She has lived in all four of the Lower 48 time zones and Japan. Immediately after high school, she enrolled at Albany State University, where she pursued an English degree. In 2017, she moved here to Alaska. She now calls Alaska home and postively loves Juneau.

Gabby has been working in the health care field for years. At Juneau Eye Clinic, she answers the phones, makes appointments, greets you when you come into the clinic, helps you complete your medical history, does the pretesting and takes photos of the back of your eyes, fills out insurance forms, and . . . she does everything except the doctor stuff! And she does it all with a great big southern smile. Seriously, Gabby is amazing.

The team at Juneau Eye Clinic aims to provide the best possible solution for the patient's eye health and vision needs. By utilizing the latest technologies and evidence-based treatments, we can ensure that each patient maintains optimal eye health.